good quick route up over the snowy range mountains. so called because of the snow-like appearance (even in the couple months a year when its bare)of the smoky quartz that makes up much of the south face of the summit. Heading west out of laramie will take you through a good stretch of straightaway until you hit the foothills and the town of Centennial, then start winding and working your way up into the range. decent number of good hiking trails, alpine lakes and the like. nice lookout at the top of the pass (~11000ft) with valley in front and peak behind, and a couple lakes in between. descends through more forests on the other side, flattening and straightening out until 130 turns north and 230 turns south, judge your options from there. all of about an hour and a half, id recommend 230 south to hwy 70 west, which will take you back up to more mountains. 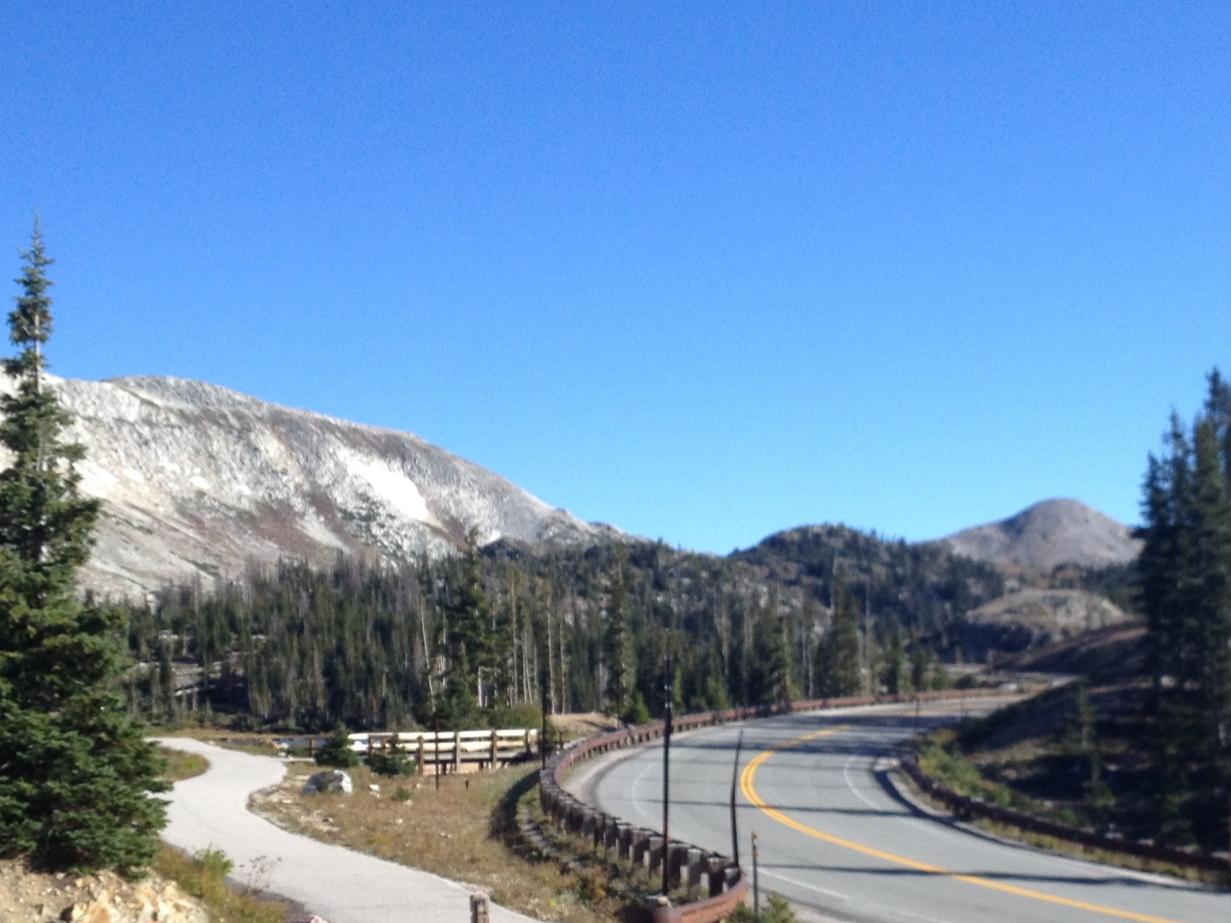