This route runs from Vielha on the N230 in the Spanish Pyrenees to Bagneres De Luchon on the French side and takes in the Col Du Portillon.Three of the attached photos are of the N230 between Vielha and Bossst.It´s a nice road in interesting surroundings but has it´s fair share of traffic so chill out and go with the flow.At Bossòst we took a left onto the N141 aka the Col Du Portillon. It´s a nice route which had some fresh tarmac when we visited with plenty of variety. It is frequented by cyclists, some of whom must have taken up riding when God was a boy. I swear one lady was well into her nineties!The road climbs nicely towards France and this is evident by the greenery that surrounds you. There are a few nice hairpins on the way up to the summit which is about 1300 metres, and there´s a few nice ones on the way down too. There are also some nice sweepers thrown in for good measure. When you get to the top you cross the border into France which consists of two graffiti strewn pillars and a line painted across the road, which now becomes the D618a. Stop for the obligatory photo shoot at the waterfall on the French side and then drop into the town of Bagneres De Luchon - see my last 2 pics.We stayed at the Panoramic Hotel which was very comfortable for the price, and biker friendly to boot. Plenty of restaurants to choose from in the town, but it´s now you realise that the French side of the mountains is much pricier than the Spanish side. Over 2 euros for a thimble of lager compared to a euro for a whole pint in Spain. And buy your ciggies in Spain too! That´s about it then, not a bad route overall but nothing you´d be desperate to return to. As usual, not the best pics but I hope you enjoy them anyway. 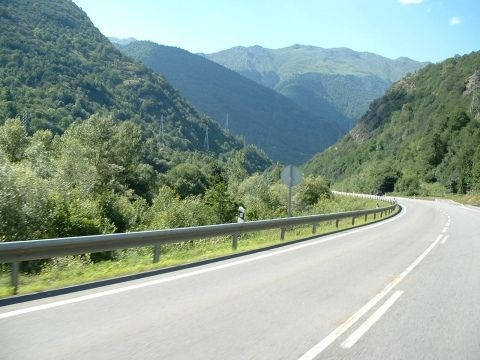 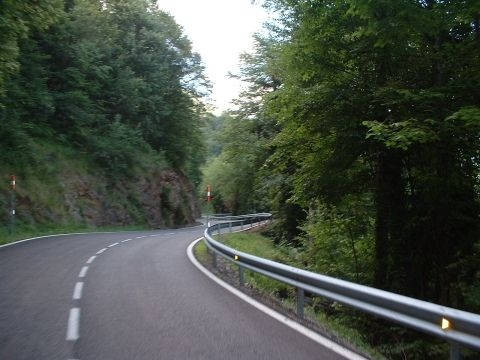 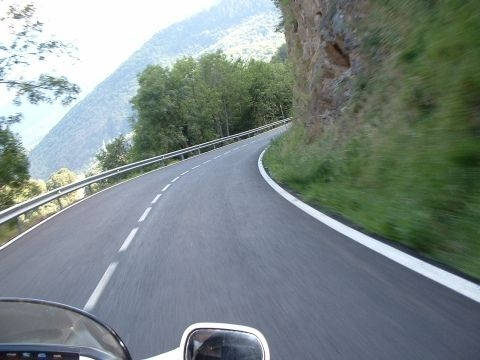 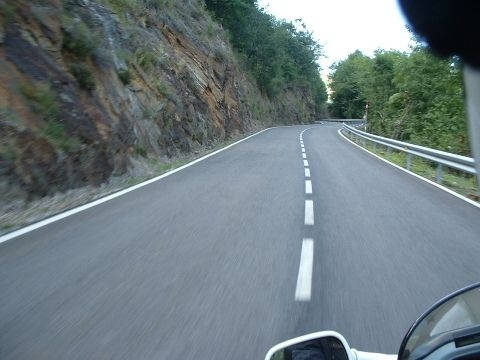 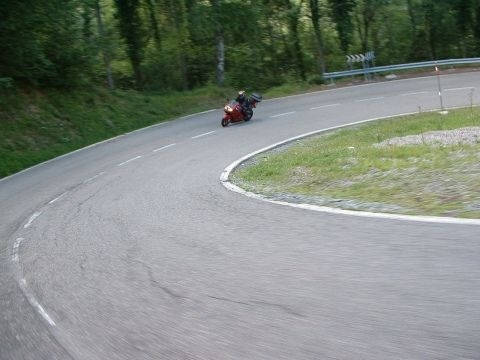 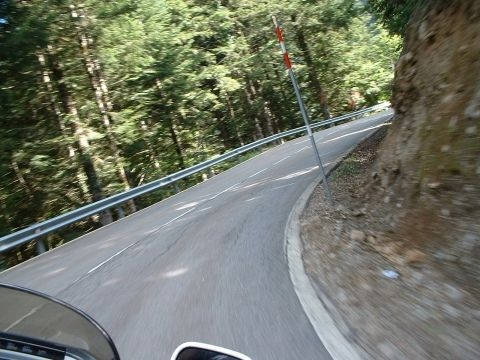 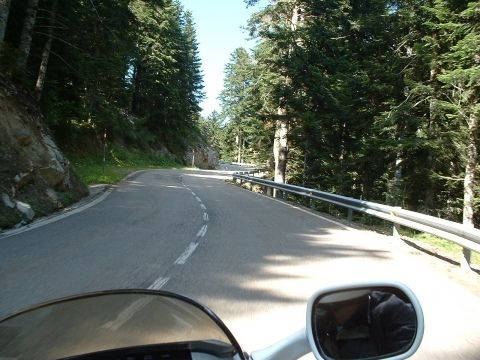 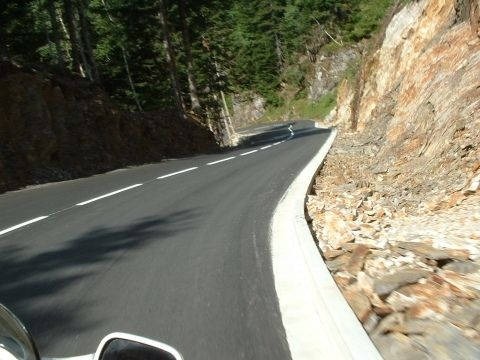 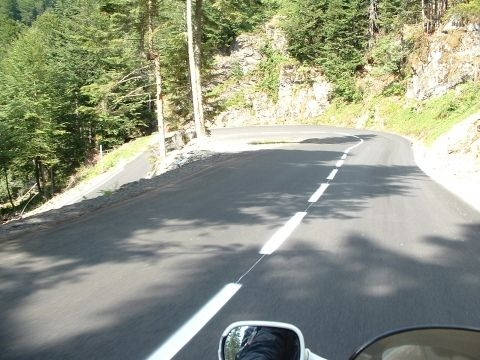 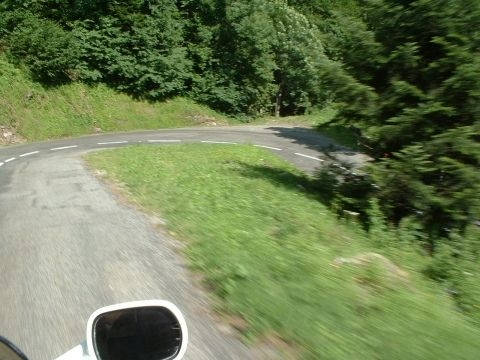 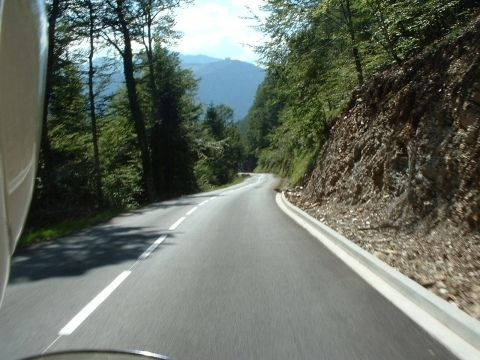 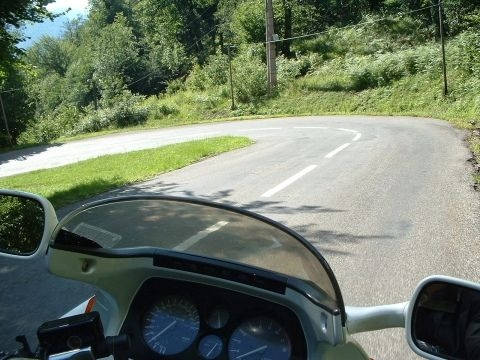 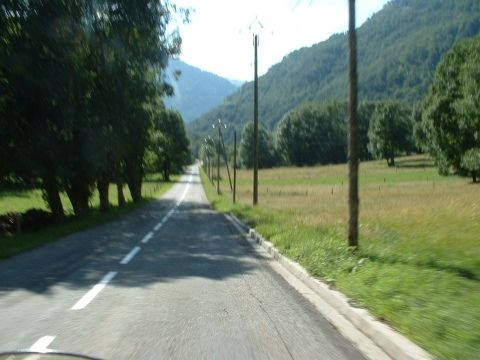 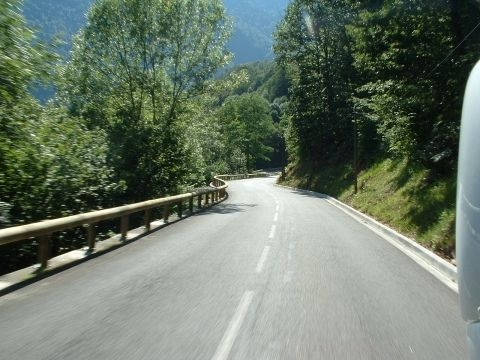 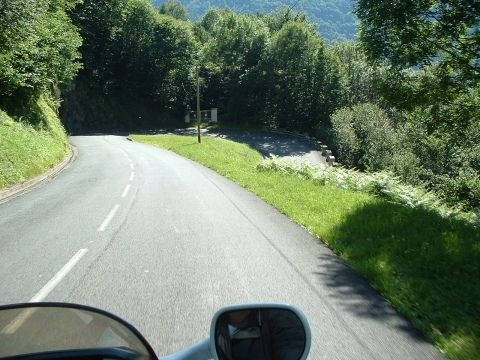 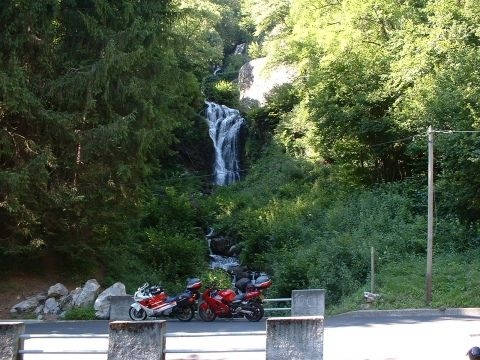 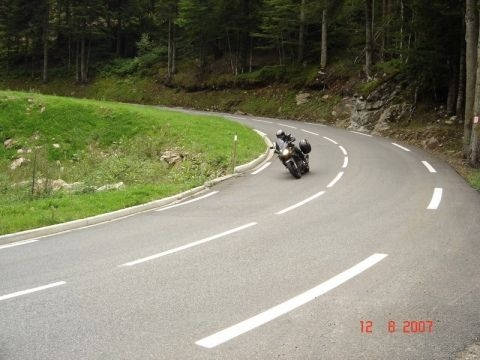 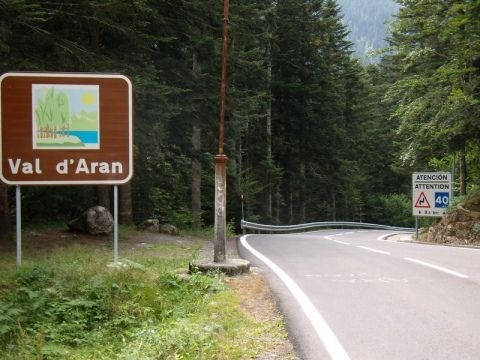 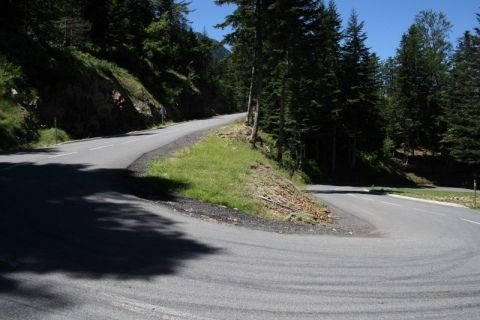 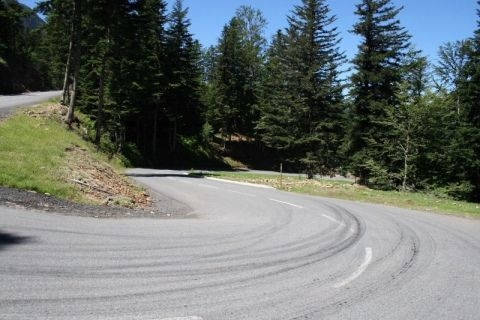 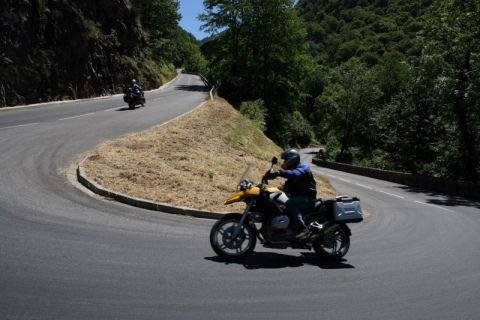 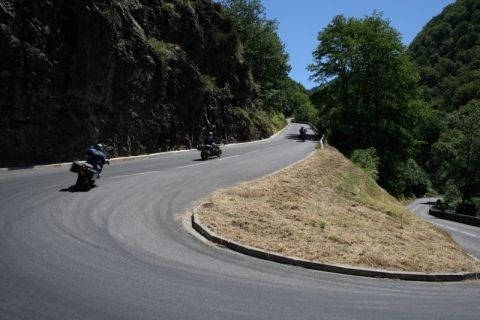 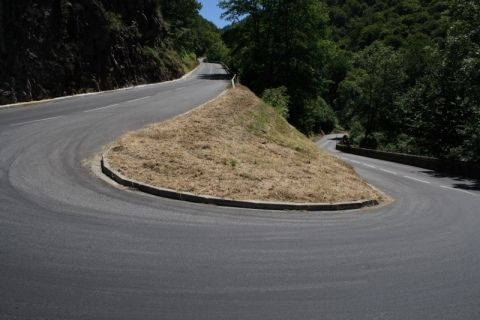 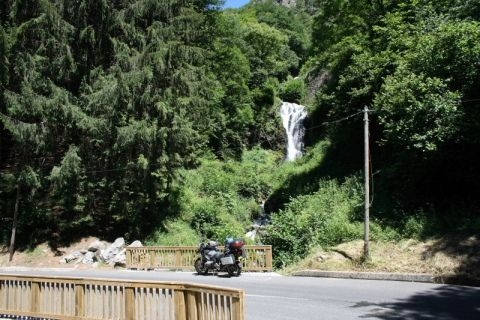 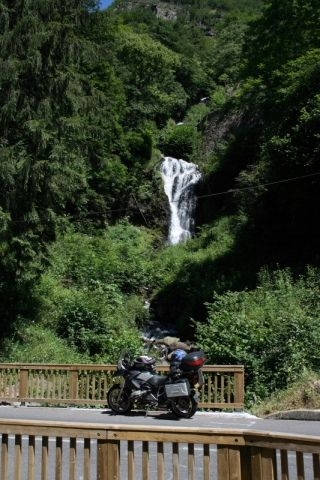 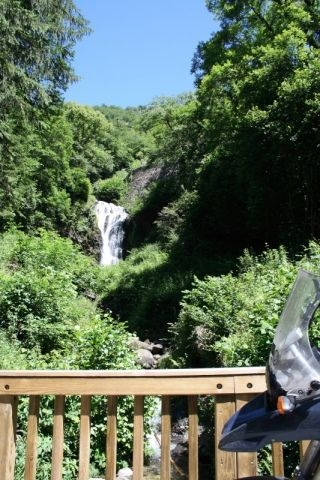 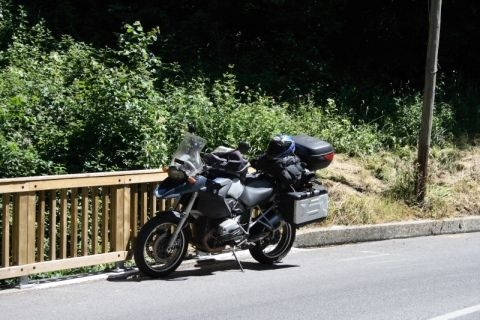 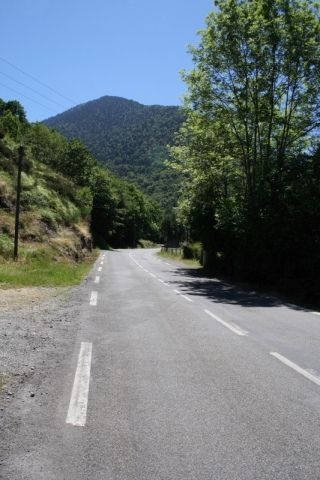