Did this loop both ways today (2/6/20). Fabulous scenery, decent surface, great weather. Narrow road over the moors just lovely if you are prepared to bimble and take in the views. A couple of gates to open and plenty of sheep with lambs this time of year. Deffo not for speed merchants but great for a easy relaxed ride.

I did this road in what appeared to be really nice weather for a February, forgetting that there would still be a hell of a lot of snow at the higher altitudes. However, the presence of a few icy bits seemed to amplify the beauty of this route. Be aware that there are plenty of sheep knocking about, as well as a few cattle grids. Its also worth being aware of a gate about halfway up the first part of the route in which youll have to dismount and open, but its on an incline so probably best parking up horizontally a few yards back. I got right up to the gate, couldnt pull my bike back up the hill, couldnt set it down on its side stand either but I got lucky in that I could reach the mechanism. There was another downhill section that was completely covered in ice that I went down with both feet on the ground, with my arsehole pecking at the seat. Other than those two minor incidents it was a beautiful ride, hardly anyone else up there ( saw 3 cars and a tractor, possibly a few ramblers). Highly recommended.

This route has a bit of everything, mostly single track, road surface generally good but can be some patches of gravel to be wary of, finishes with a short blast on open fast road back to Helmsley. It has a mix of everything, tight wooded sections with limited visibility, open moorland with clear views for getting a shift on, good surface but some gravel and can be water off the fields, tight twisties and open fast stretches, main hazards are sheep and the occasional car not expecting to see anyone else. Overall a good route that takes about an hour and finishes back in Helmsley for a coffee and cakes. 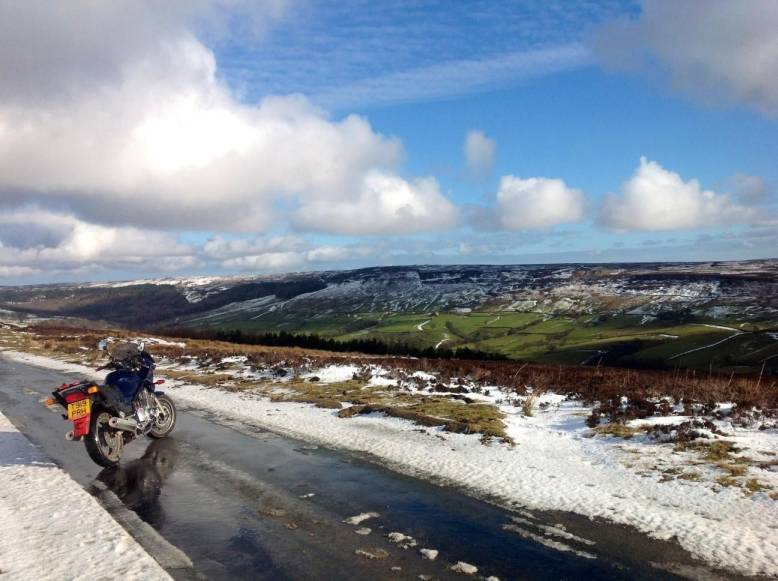 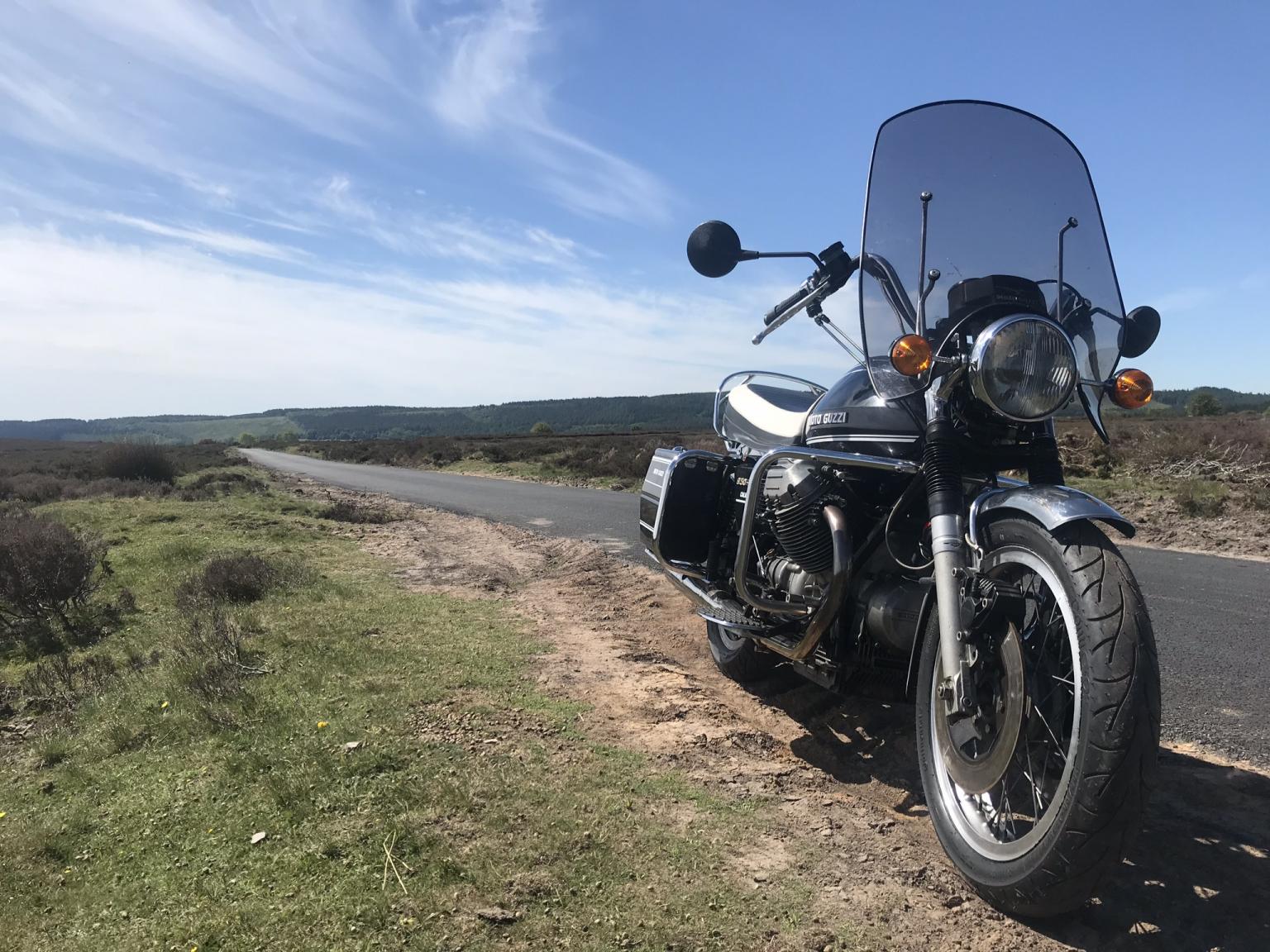