The road from Outsdhoorn to Prince Albert via the Swartberg Pass is a fantastic trip back in time. Shortly out of Outsdhoorn you can divert to the pass via gravel roads. The pass was built in the 1850s by a convict gang under the supervision of a road building engineer named Thomas Bain. It is a single track road, with dry stack rock revetement walls built so that farmers could get there goods to market by ox wagons. Bain didn feature too many switchbacks (although there are unavoidably a few) so it is a long climb along the flanks of some majestic mountains winding in an out of the draining gullies along the flanks. The road is very narrow and you can encounter the odd bit of traffic so you must be constantly aware of speed. There are a number of swales built in to stop rainwater from draining directly down the road and eroding the surface. They present like large speed bumps so caution is required. The road leads over the pass through a fantastic gorge with many spots to pull out and admire the view. We had an encounter with a Cape Cobra that my wife will never forget....the lead bike drove around but very near what looked like a stick on the road and by the time we got level with it we watched it coil up and turn back and flare the distinct hood. As we passed, the snake struck at us going by on the bike. Fortunately, we zoomed buy untouched, partly because my wifes legs were wrapped around my head as she reacted to the cobra strike! No harm done and some nervous laughter later on. The views were amazing and after a couple of hours you arrive in Prince Albert where some trendy coffee shops will serve you some refreshments. We did the return route on the same day and enjoyed it as much going back to Outsdhoorn as on the way over to Prince Albert. 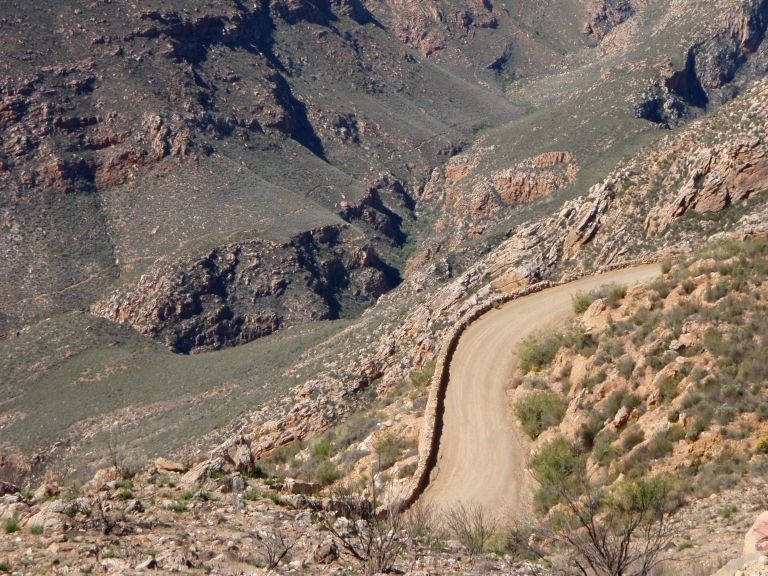 decent road with lots of changes in scenery 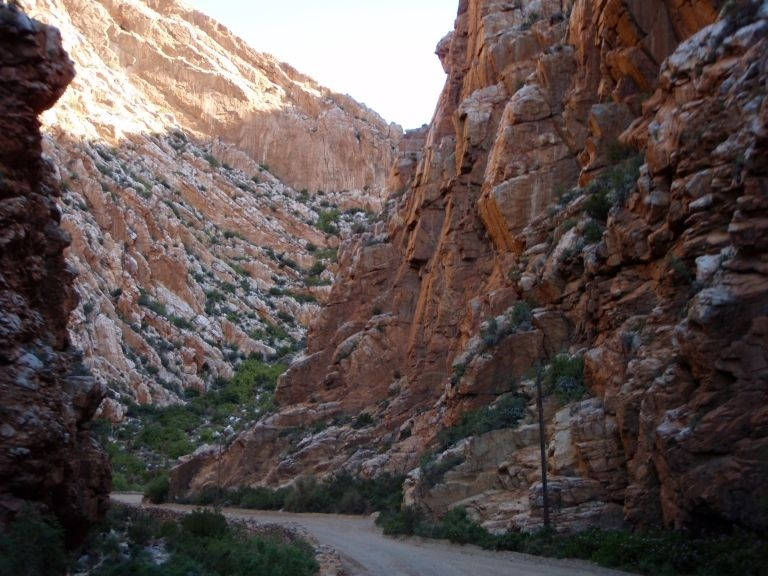