Sometimes it is the road itself that is the destination, and this is true of Gamle Strynefjellsvegen. As well as being staggeringly beautiful, the tourist route from Western Norway to the eastern part of Southern Norway is also designated as a listed road to the Natioanal Tourist routes of Norway (http://www.nasjonaleturistveger.no/en).

The road itself is a landmark and a testimony to a masterpiece of engineering design from a bygone time. Built by manual labour towards the end of the 19th century, it conveys a historical presence. Old stone masonry and long rows of guard stones provide a sense of journeying backwards in time. The old road offers imposing contrasts in the landscape: to the east rounded shapes bearing the stamp of the ice age and to the west precipitous mountainsides. If you take a kayak with you on the trip, you can paddle in the turquoise-coloured mountain tarns. It’s not without reason that the old tourist road has impressed travellers for over a century.

Some would argue that this road is exceptional. It would be with better surface. It takes you past a Summer skiing resort. 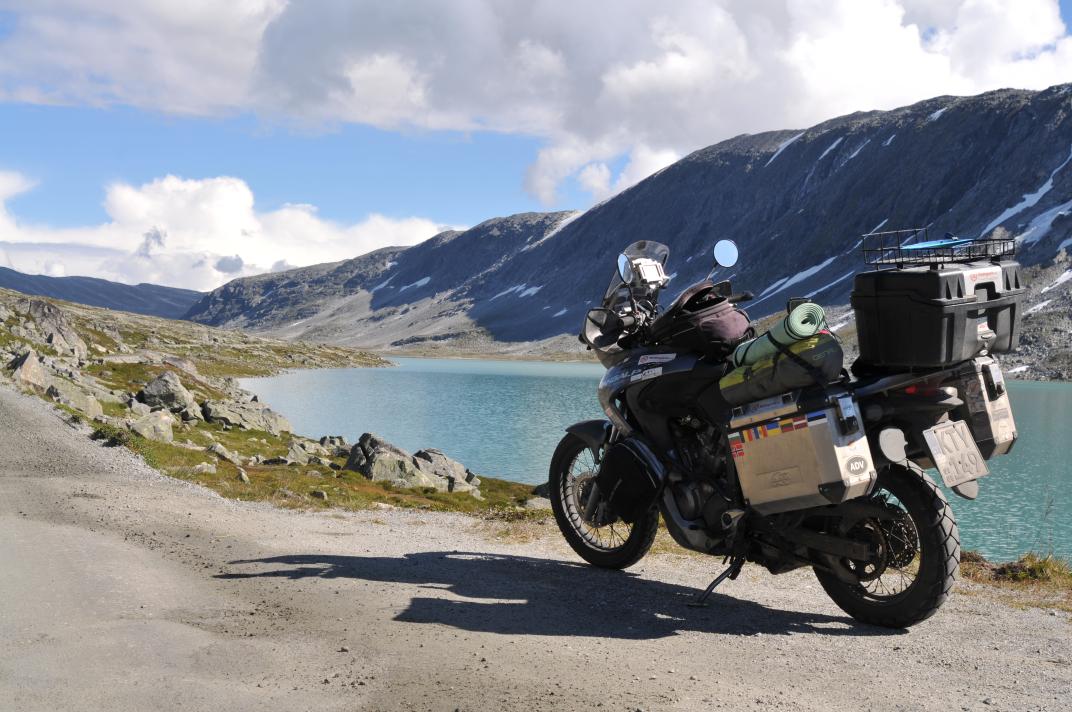