This is a great route. Col de Telegraphe can be a bit busy, but Galibier is a real gem. One of the most fun roads in the French Alps. My friend, Colin Barlow rode the Alps for more than 20 summers, and this was arguably his favorite pass of them all.

Yes, lots of cyclists, changeable conditions, rather narrow towards the top, but really not be missed if you're in the area. Also, parts of it were newly resurfaced in 2011. I'll post some videos of Telegraphe to Galibier to Lauteret.

From the N6 take the D902 up to the Col du Telegraphe. You will see loads of fit cyclists panting and wheezing on your way up to the top. Ride down the other side of the Col and you come to the pleasant ski village of Valloire. Plenty of hotels and restaurants to choose from. Dramatic scenery. Absolute biking heaven. We rode it in July 2008. A must ride route!

Rode this in June 2008 - wow. Simply a fantastic road with two significant passes to negotiate, firstly the Col de Telegraphe through woods with dozens of hairpins and excellent road surface. Good stop point at the Col with large restuarant and photo opportunities. Then on to the big one, the Col de Galibier. This pass is above the tree line so has a surreal other world-like quality. Lots and lots of cyclists pounding away up the hairpins, but the views are very open so they are not a problem, just watch out for them coming down on your side of the road! An absolute must and part of the Route de Grande Alpes. 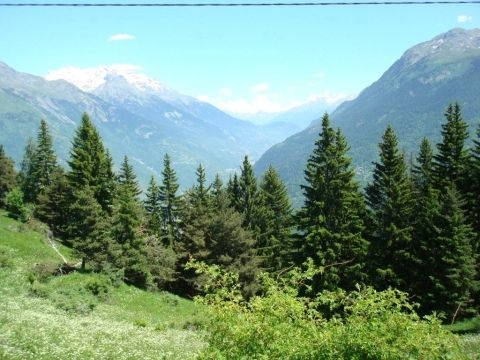 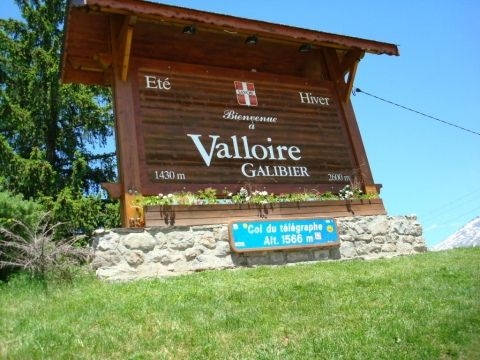 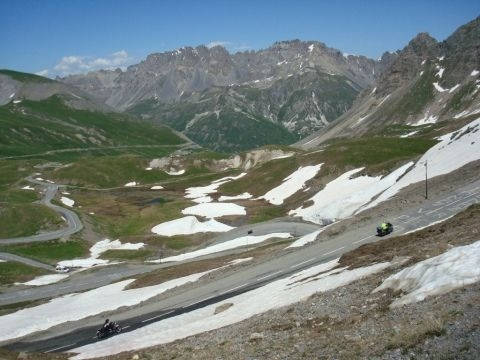 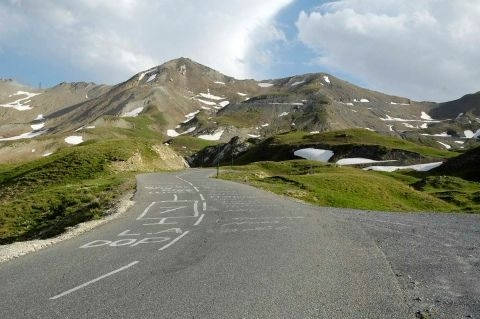 Approaching the top of the Galibier 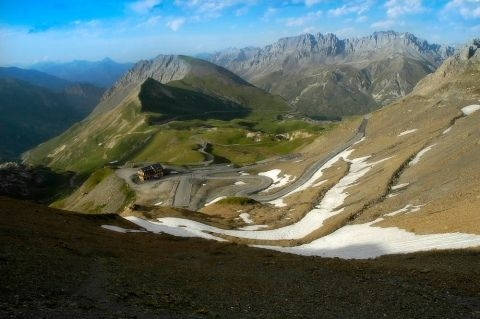 Taken from the top of the Galibier looking north

Top of the Col du Telegraphie 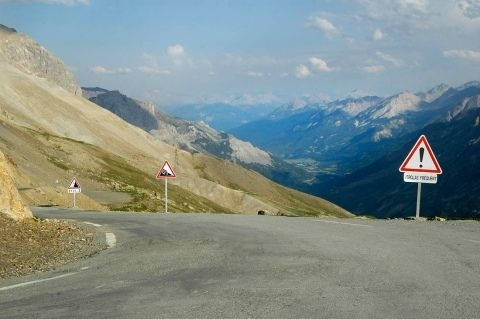 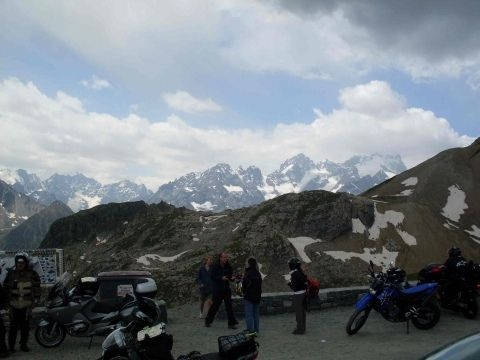 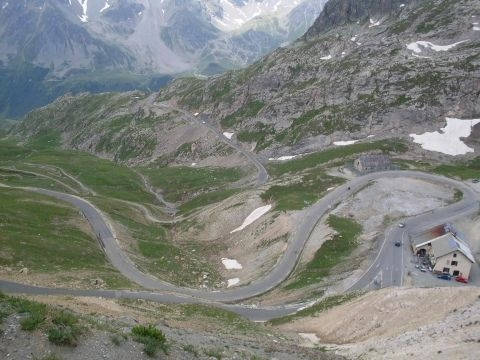 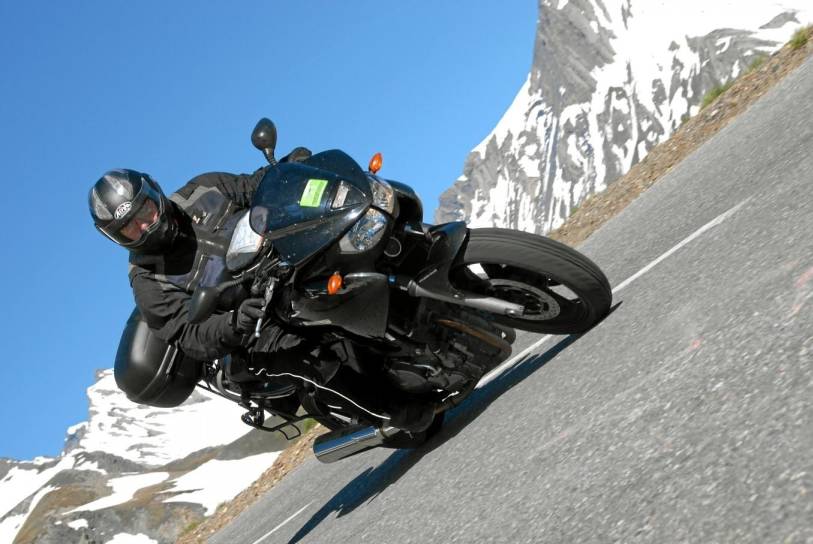 Photo of me on rented TDM descending the north side of Galibier in 2010. 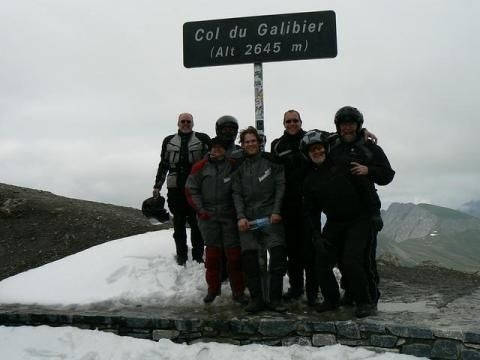 Group shot at the top of Galibier showing that it can be a bit chilly, even in summer.