Frontline WO1 part 1, between Nieuwpoort and Arras

The Western Front was the main theatre of war during the First World War. Following the outbreak of war in August 1914, the German Army opened the Western Front by invading Luxembourg and Belgium, then gaining military control of important industrial regions in France. The tide of the advance was dramatically turned with the Battle of the Marne. Following the Race to the Sea, both sides dug in along a meandering line of fortified trenches, stretching from the North Sea to the Swiss frontier with France, which changed little except during early 1917 and in 1918. 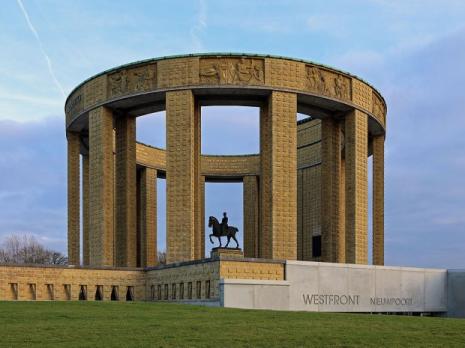 Frontline WO1 part 1, between Nieuwpoort and Arras

Nieuwpoort, statue of King Albert I, Start location of this trip.