(~10 days) Starting at Kristiansand and north until Lusterfjord a quite touristic road. beautiful views but also some campers and trucks holding up the flow. These are some main roads, not as curvy as we would like and quite some tunnels. Alternative roads can be found to avoid tunnels (and tol) but we had mostly rain up to here so didn´t take them. From Lusterfjord to Lom you´ll be crossing the highest pass in Europe (~1500m) in Jotunheimen national park. Curvy, spectacular sights and smaller roads with the Lom stavkirke at the end. Fossbergom to Geiranger: starts off with quite some straight parts but many hairpin curves near Geiranger, and again spectacular views. From Geiranger to Lote take the 613 at Faleide. This is the ´panoramic road´, curvy and great views over the fjord. it ends at Lote where you´ll take the ferry towards Sandane. At Sandane, take the 615 west. From here mostly curvy, empty roads along fjords, lakes and serene silent villages. A nice camping place at Storebru. The 611 and 609 along the coast are similar beautiful roads. You can buy chainspray in Førde if needed. Take the ferry from Askvoll to Fure and continue down along the coast. We encountered only few cars and zero motorcyclists from Sandane to here. Check the schedule for the ferry to Rutledal since it only departs once every 1.5 hours or so. Then end in Bergen. From there we went back to Hirtshals. Eat Lefse during your daily trips (cheap). Stay in cabins at campings (norway-cheap when raining). Take a 3L pack of cheap wine with you when departing from home. Try to take at least one day to catch your own fish =). Enjoy! 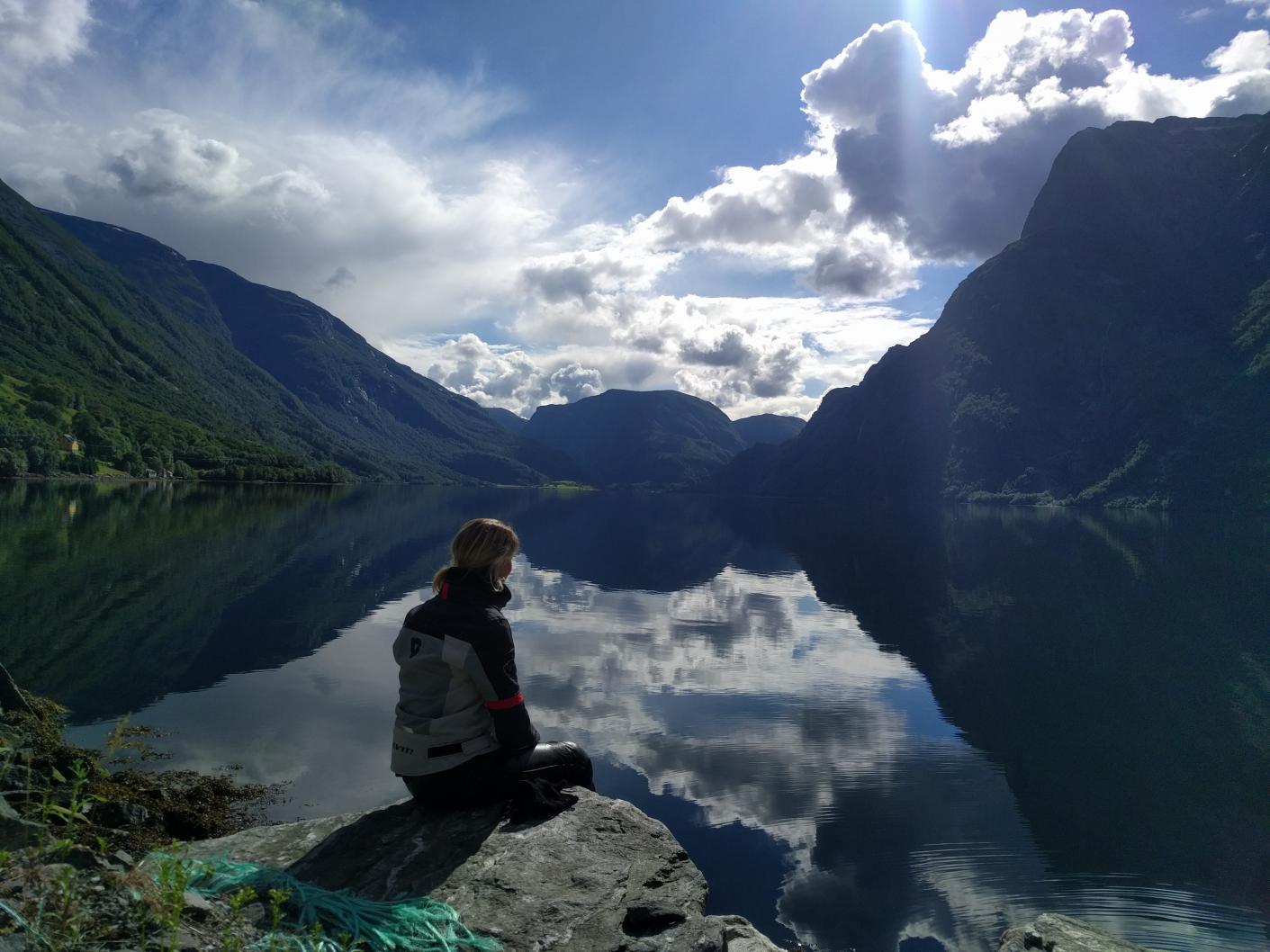 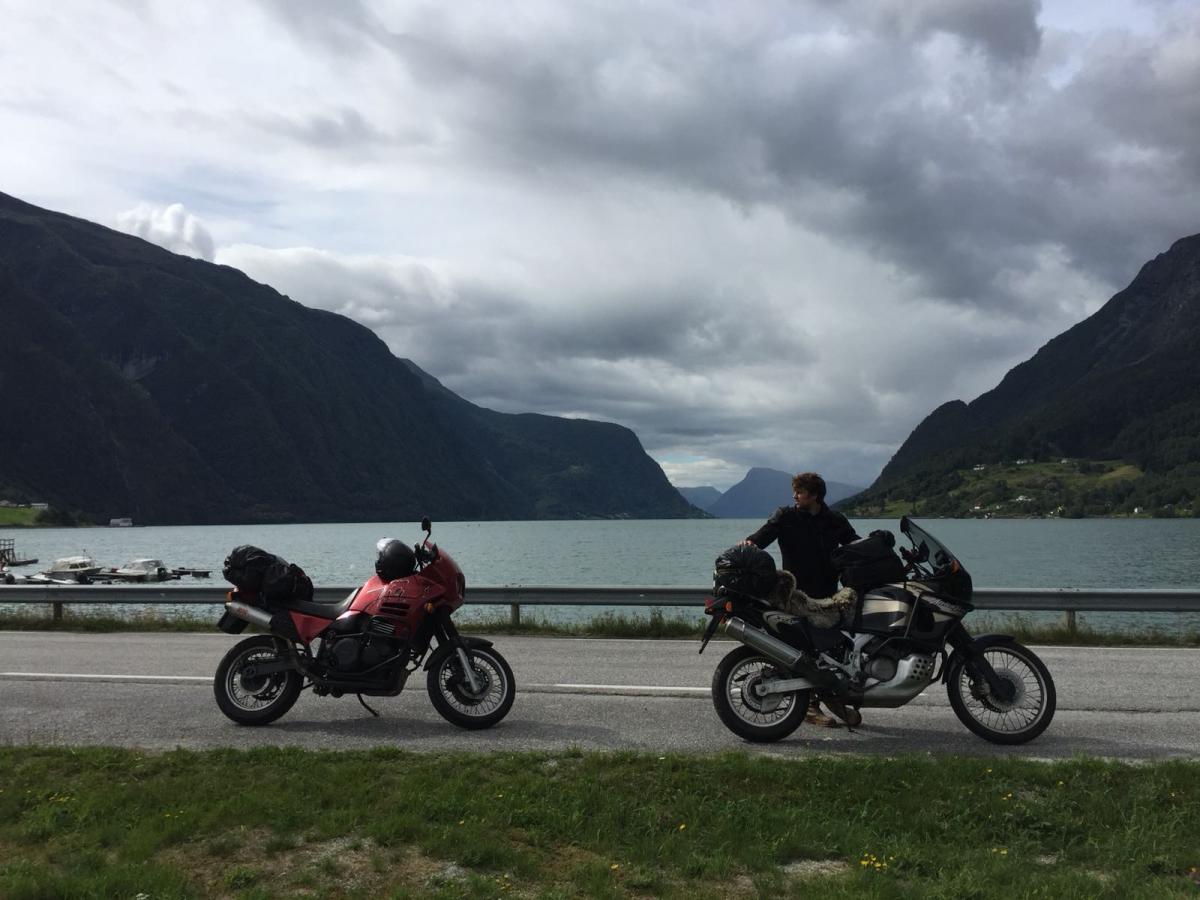