Viva Las Vegas!...
Its tempting to do all the things in Vegas that you shouldn't, but this is something worth doing..

I hired a bike from Eagle Rider on Dean Martin!
I needed a phone call before hand, licence, credit card, passport etc

Having hired the bike and picked up my passenger, we headed under the I15 onto Las Vegas Boulevard and then picked up the I215 East toward Henderson. I know, I know, thats not very exciting, but tbh I wasn't very excited about driving around urban LV and wanted to get into the desert and this seems to be the quickest route.
Anyhoo, staying on the I215 and onto NV564 Lake Mead Parkway, now heading NE until you get to the Ranger post at the entrance to the "Lake Mead National Recreation Area" You'll have to pony up a few bucks here for a day pass, but its worthwhile. (If you have an "America the Beautiful" annual pass be sure to take it with you - as it will save the cost).
Once through the gates you can carry on down the Lakeshore Scenic Drive down to the Hoover Dam, if you wish, but I elected to turn left onto Northshore Road, down the dip, over the bridge and into a landscape which is as far from Las Vegas and Lakeside as you can imagine.
The road is in excellent condition and undulates and curves through the stratigraphy of ancient sedimentary hills and cols, eventually leading you through the Muddy Mountain Wilderness on your Left and the Pinto Valley Wilderness on the right. Its tempting to ride fast, cos you can, but I kept speed down to relaxing levels and enjoyed a fantastic day in the desert.

I followed the sign down to Echo Bay, and got a sandwich and cold drinks, sitting in the shade for a half hour, before heading back to NV169 and turning right, headed for the turn for Valley of Fire.

The "Valley of Fire Highway" is clearly signed on the left, and after a short climb we arrive at the ranger post at Elephant Rock. (This is a State Park- so you need to Pony-Up another 10USD - don't get tight on 10 bucks its 5 minutes at a slot machine in Vegas!).

Again the highway is in good condition, though narrower than North Shore Road, and in some places sand had washed / blown across part of the highway, so remain observant.

Next stop is the Ranger Post, at the bottom of White Domes Road. Turn Right off the highway and its about a half mile. Its well signposted and very visible, so you shouldn't miss it. Stop here to refill water bottles and washrooms.
The Air temp was 107F by this time and I retired into the visitor center for a 20 minute cool in the aircon, before heading back up White Domes Road, through spectacular countryside to ...umm...White Domes. This is the end of the road, so turning back down the road we return to Valley of Fire Highway.
On White Domes road be careful of the washes, they can be sandy, and they will fill with deep fast-flowing water in the event of flooding.

Back on VoF Highway take a right turn and after about 5 miles of rolling bends you get to Atlatl Rock. Take a minute and park up to refill your water bottle, and walk up the staircase where you can seem some ancient petraglyphs, carved around 3000 years ago by the First Nation Peoples. The whole trail isn't 100 yards long and you need to stretch the legs for a few minutes.
There's a rest room here too.

Leaving Atlatl, turn Right onto VoF Highway and continue, along this fantastic highway, until it joins the I15 at Jn 75. I turned South West and headed back to LV as I was running late. The I15 is a fast moving highway, prone to Jams in Vegas, but has the advantage of returning you to within a mile of the Eagle Rider depot at Jn 33. The highlight of this part of the ride was the low passes by fast jets from nearby Nellis AFB

If I had had a few more hours: I would have turned NE on the I15, direction Mesquite, and then picked up the other end of NV169/ North Shore Road at Jn 93, and followed it down through Amber, Logandale and Overton, before joining the outward route at the VOF turn.

I should have got to the Eagle Rider depot earlier in the morning!
Next time. 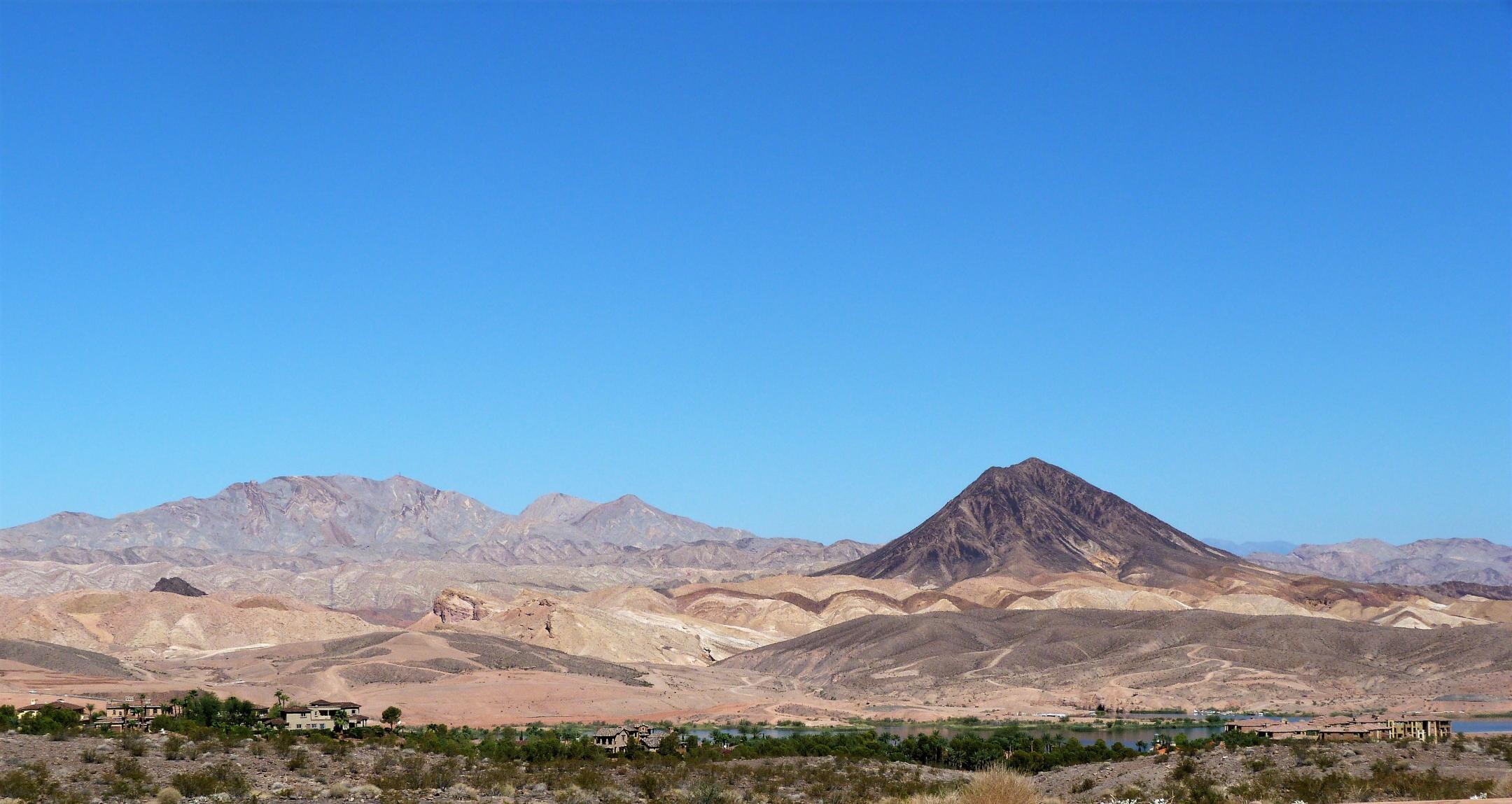 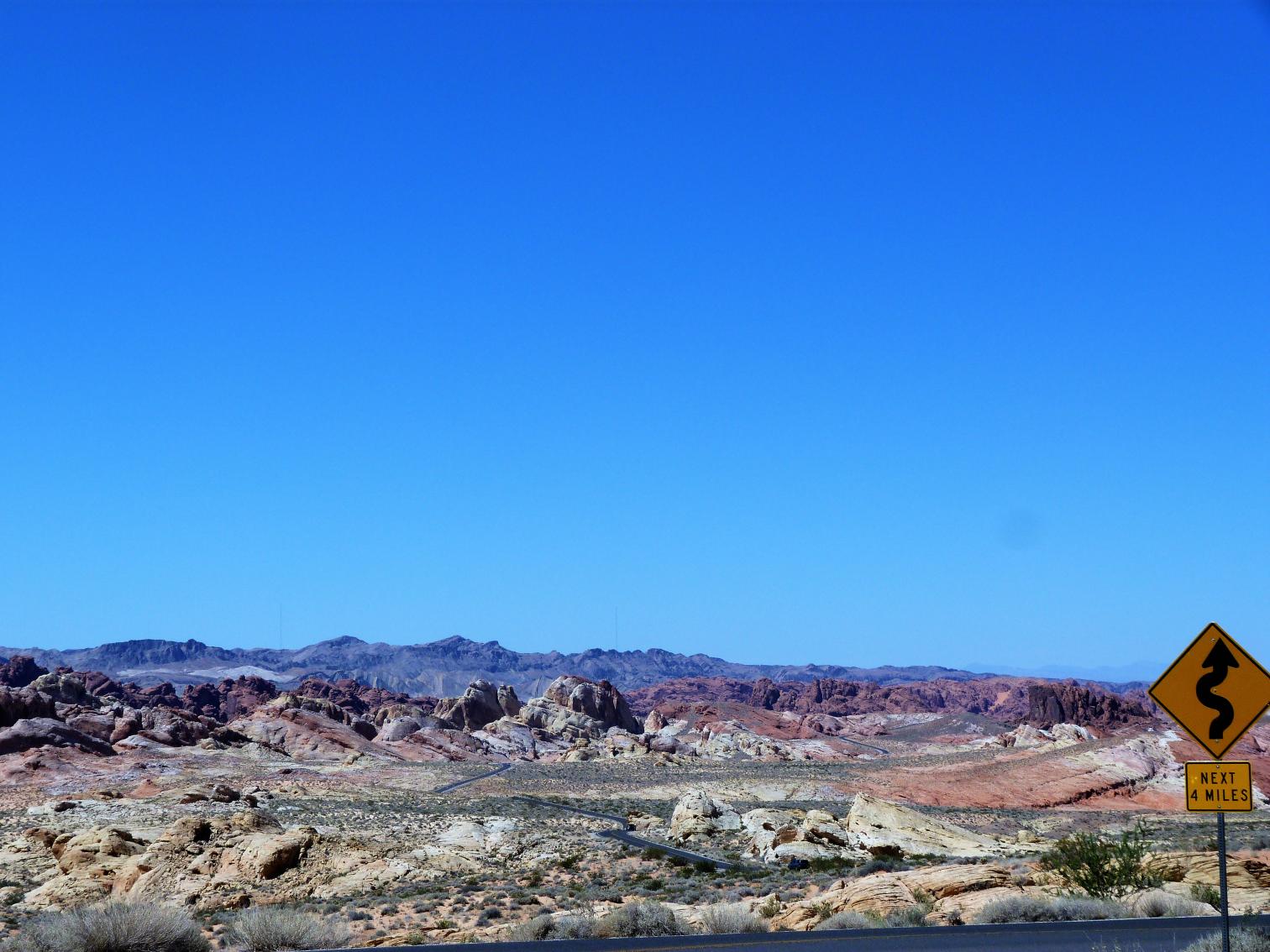 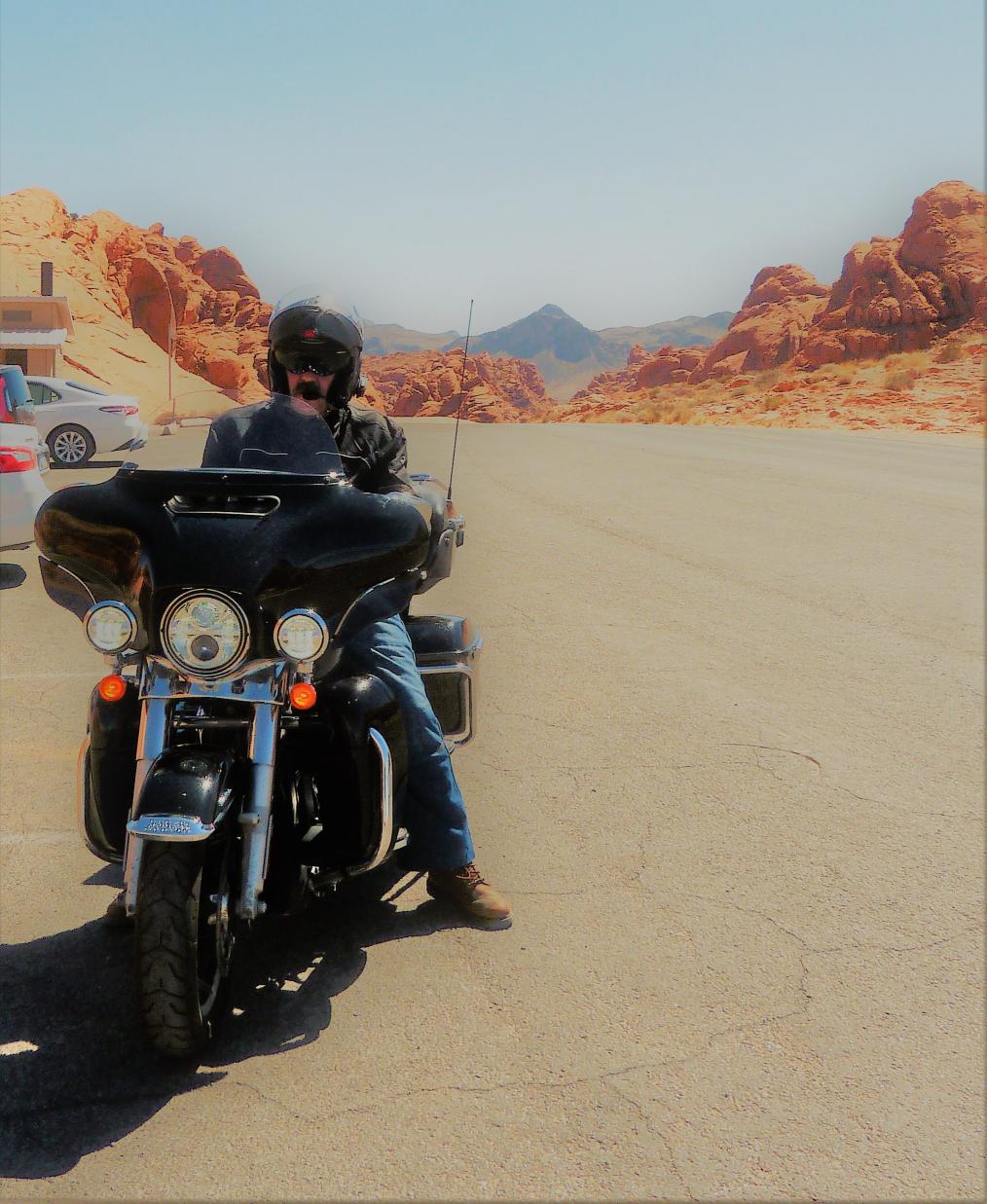 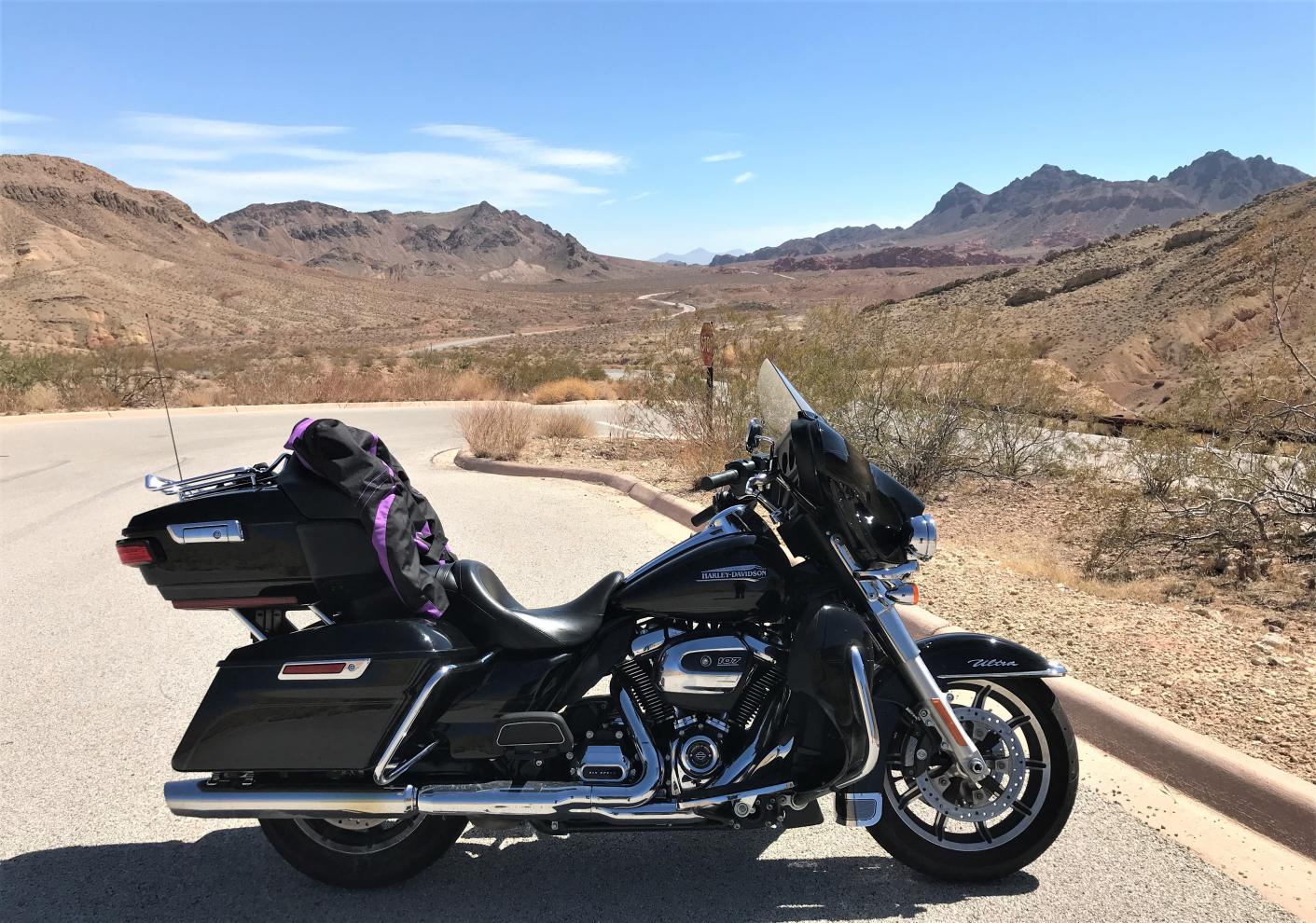 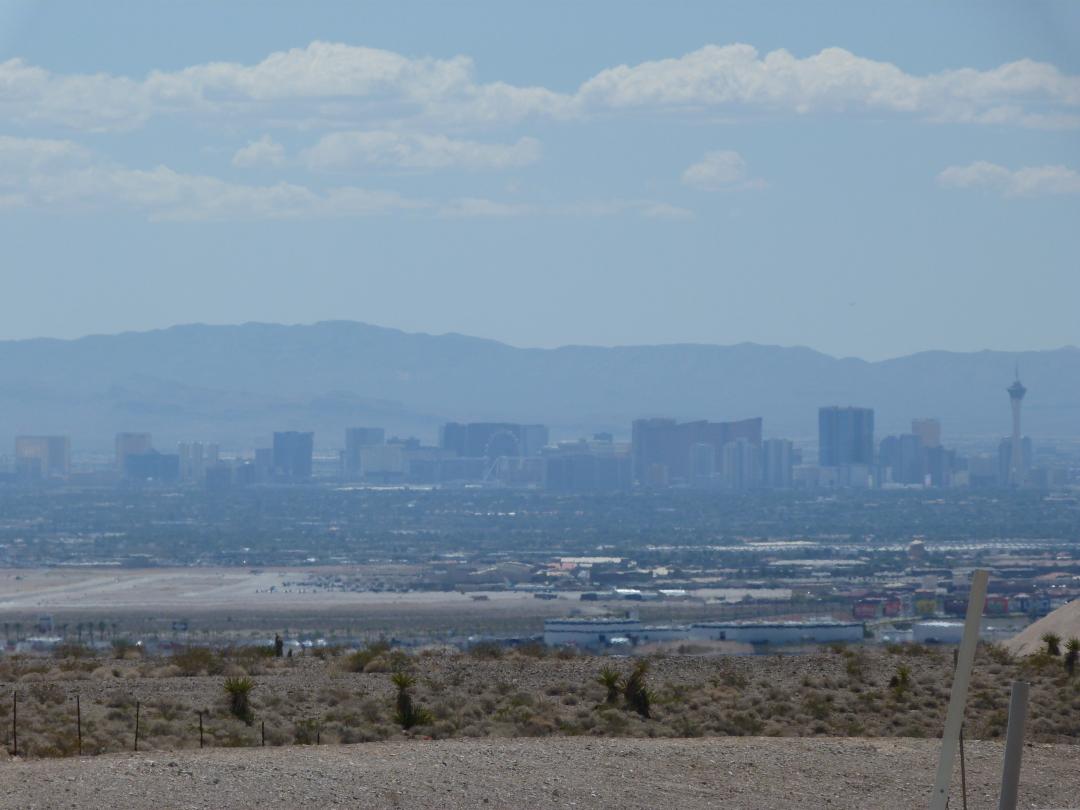