A Trip To Goa on a rented Enfield Bullet

A few years ago I was lucky enough to have the opportunity to tour some parts of the area near Goa (Maharashtra and Karnataka) with some friends.

We took some 500cc Enfield Bullet bikes from a German guy running a little tour business over there ( http://www.classic-bike-india.com ) and had a fantastic time riding around in the small towns, staying in huts by the sea and generally enjoying the experience.

The bikes themselves would, in western europe or the USA be regarded as lacking power and very dated but in the context of an India holiday they make somewhat more sense.

We actually on covered about 400kms the whole week but we slept wild on the beach, dodged cows in the road and saw leopards on a safari and it was a wonderful experienc that I would recommend to anyone. 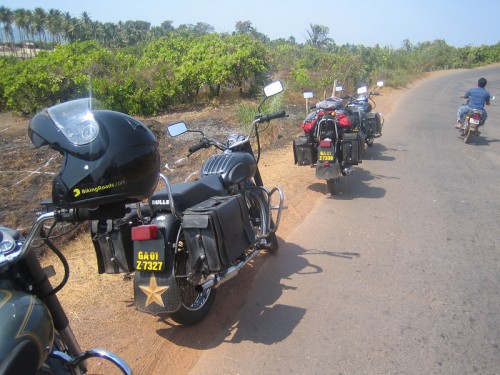 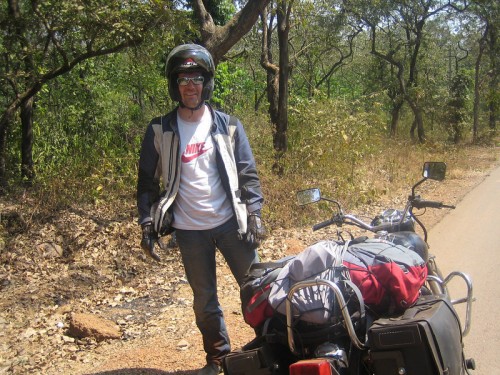 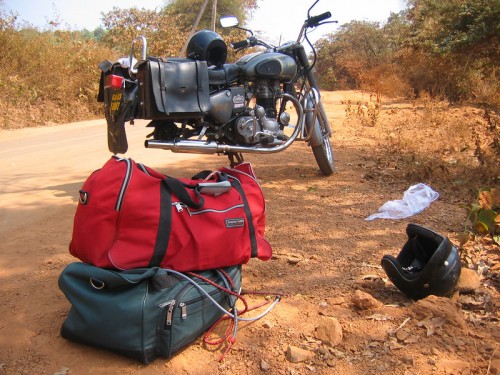 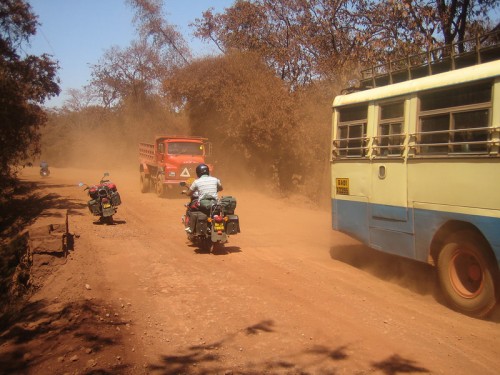 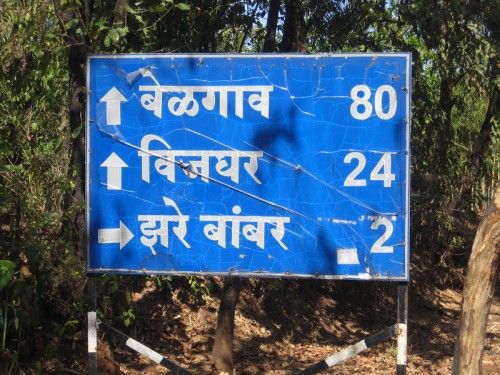 We have some keen Enfield riders here in Adelaide, Australia looking to do just that.
I myself like get on as much dirt as possible with my Enfield. Call it practice for the Himalayas lol
The Classic 350 isn't designed for it, but I'm doin' it :) And the Enfield's go anywhere almost.
Great resource you have here by the way mate. I plan on adding more South Australian routes to it.

Hi Paul,
The Enfield is a cool bike. From your pictures and films it looks like you guys have a blast.
Keep up the good work :)
David